Exploration, decommissioning and remediation – Several investigations (Phase I + II) between 2005 and 2007 on the premises of a production company for hydraulic systems showed that the soil and groundwater is contaminated with volatile halogenated hydrocarbons. In the first two years after the company had been closed (in 2006) the building structures were completely decommissioned. At the same time, the contaminations of the vadose zone were fully removed. Subsequently to the soil remediation a groundwater monitoring concept was implemented that is still ongoing today. Parallel to the monitoring a pumping test is taking place at the moment in order to develop a conceptual design for the planned remediation of the contaminant plume. 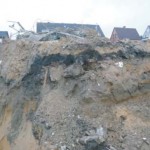 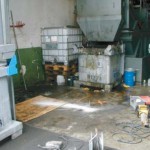