Soil + groundwater investigation, remediation design, Project Management – The site was housing a recycling plant / distillery for used solvents.  The City of Pforzheim is a well know city for the manufacturing of gold jewelry and other jewelry.  Used solvents containing oils or grease had been cleaned in a distillation process and entered as recycled solvent the production process again. Remains of the distillation process caused a massive contamination of soil, soil vapor and groundwater. Due to the size and the complexity of the contamination – such as different groundwater flow directions in the sandstone layers – the project was part of the so called MOVO-Program. This environmental program was initiated and led by state government of Baden-Württemberg. Since the beginning our company P+R is responsible for all subsoil investigations, for the remediation design of the compartments soil, soil vapor and groundwater. Currently P+R is responsible for field supervision, monitoring and cost surveillance. 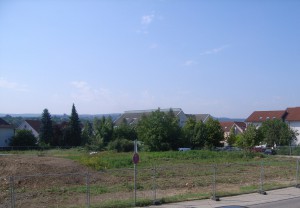 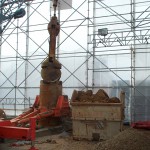 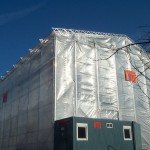 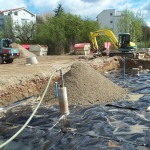